He talks to Janine Edwards at The FSI about their digital journey and the process behind designing a chatbot.

Tell us how you are currently using digital to underpin organisational delivery and strategy.

What was the process behind designing and implementing ‘Karl’?

Our route into using digital media and technology was originally Facebook and other social media. We already used Facebook to share information and recruit volunteers. As we were doing this, we learnt more and more about how to use social media in a more strategic way, such as through targeted advertising and similar.

‘Karl’ was originally inspired by the chat function on Facebook. The idea was that Karl would be an easily-accessible starting point for service users, able to answer their questions and direct them to further help; it will hopefully be soft-launching this month.

We then responded to a call for expressions of interest in funding for digital projects, made by Comic Relief. We were successful, and this funding is what allowed us to make Karl a reality.

What are the major benefits of digital media and technology for your charity? What were the driving factors for change?

Being proactive in keeping abreast of our environment is essential to us; we’re aware that our beneficiaries’ needs are changing and that they are accessing services in different ways. Most of our service users now have smartphones, and are comfortable using them.

A chatbot is also available anywhere, 24 hours a day, which removes a lot of obstacles that might otherwise prevent people from reaching out.

Due to the nature of our work, stigma is a huge issue, and we thought Karl might be able to help us tackle this. Speaking to a bot is less intimidating than having to access services in-person; there was an idea that ‘Karl’ could act as a kind of starting point, answering basic questions, and then directing people to further services as needed.

One of the primary benefits of a chatbot is that it is relational rather than transactional; the relational aspects of our work are absolutely key, and this was something we wanted to hold onto in our use of digital media.

And what were the risks and challenges?

Of course, one of the biggest issues in the third sector is always going to be funding. Receiving funding from Comic Relief and building a relationship with FinTech was really important in that regard, and our ‘Mama Says’ video was funded by Public Health England.

One logistical challenge was that chatbots need to be exposed to a certain number of users in order for them to learn and develop. We just don’t have that kind of traffic on our own website, so we’ll be soft-launching Karl in partnership with the National AIDs Manual, the Family Planning Association, and Derbyshire NHS.

A further risk is that of getting caught up in a tidal wave of the latest trends. There’s now a widespread drive to make everything digital, to constantly innovate, and the challenge was to not let the human aspects of our work get lost in that. We had to think about how digital solutions could complement our current methods, not replace them entirely; this is why Karl has been designed to forward people on to our other services when needed.

How have you been able to resource these developments?

Our ‘Mama Says’ video was produced with help from Public Health England, and we’ve managed to develop ‘Karl’ using funding from Comic Relief, help from an expert volunteer, and building relationships with the national organisations noted above.

What has been the impact on your beneficiaries?

It’s difficult to judge Karl’s impact so far, since we’re only launching the bot this month; however, we did use focus groups with our beneficiaries in developing him, and the feedback we got suggested that he made the process of accessing services more comfortable and convenient.

Our ‘Mama Says’ video was developed through engagement with over 300 community members via a survey, several focus groups and interviews. We have promoted its use on social media networks, encouraged use via WhatsApp and it is being used in the waiting areas of some HIV clinics.

In terms of our reach on social media we did a post on 27th November 2018 (when we launched Mama Says), and had the following data: 8,333 Impressions and 272 total engagements, and 50,000 Facebook views. Since the intended impact of the video was to spread awareness, I think these figures perhaps offer the best guide to how much impact it has had.

We’re soft-launching Karl this month and are hoping to launch him properly by June; we’re hoping he’ll prove to be a valuable resource in sharing information and making our services more accessible.

One by-product has been that we’ve also started thinking about how digital solutions might be used in other parts of our work, like volunteering and peer support; it’s a different way of engaging with people, and we think it has a lot of potential.

This case study has been produced as part of our Digital Leadership 101 series of training and advice for CEOs and trustees of small charities, funded by the Department of Digital, Culture, Media and Sport and run in partnership with The FSI, NAVCA and London Plus.

Superhighways is currently seeking funding to offer further digital leadership and transformation advice to the sector. Please share your ideas, challenges or successes with us.

More from the blog 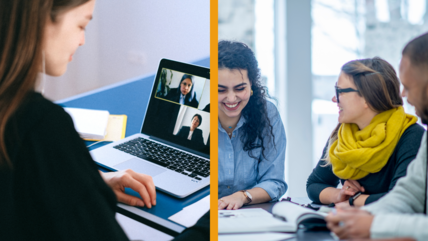 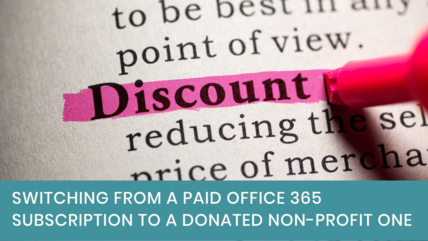 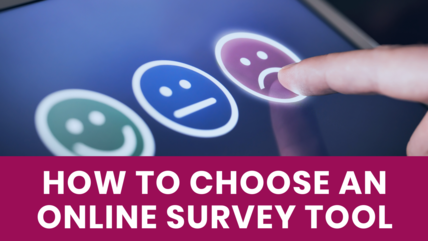